PSAC had negotiated a new annual allowance for all employees performing Border Services duties. The amount was set at $1,250 annually for non-uniformed officers and $1,750 annually for uniformed officers, to be paid monthly to all BSOs who worked a minimum of 75 hours in that calendar month. The Employer however refused to compensate members who worked the 75 hours in the month of June 2013.

Following PSAC-CIU’s legal challenge, the Federal Public Sector Labour Relations and Employment Board (FPSLREB) recently issued a decision affirming that the Employer needed to pay all members in accordance with the provisions of this new allowance for the month of June 2013. This decision makes it consistent with the sick leave and annual leave provisions. This victory will see over 1 million dollars given back to the Border Services members affected and sets a precedent for any future allowances negotiated with similar language. 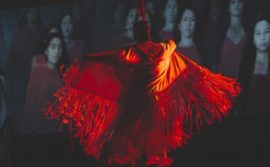 More than a year has passed since the final report of the National Inquiry into Missing and Murdered Indigenous Women and Girls. Many are frustrated by the government’s inaction, even though Prime Minister Justin Trudeau said on the anniversary that ending this national tragedy is an urgent priority for his government. “How can an urgent […]