As a show of support for our FB bargaining team returning to the table this week, we present our first vignette on union victories: The creation of the FB group, in 2007.

If border officers have a distinct voice today, it is thanks to the continued pressure and efforts of CIU and the support of PSAC. After years of lobbying by the union and its members, a stand-alone FB group was created in 2007, giving front-line personnel their own collective agreement and paving the way for true recognition as law enforcement. Prior to the FB group, these members were part of the much larger PA group. With this new structure, they took control of their own bargaining and representation.

Since the creation of the FB group, CIU and PSAC have succeeded in securing a remarkable 48% increase in compensation for front-line officers – the largest increase for law enforcement personnel achieved by any union in Canada since 2007. 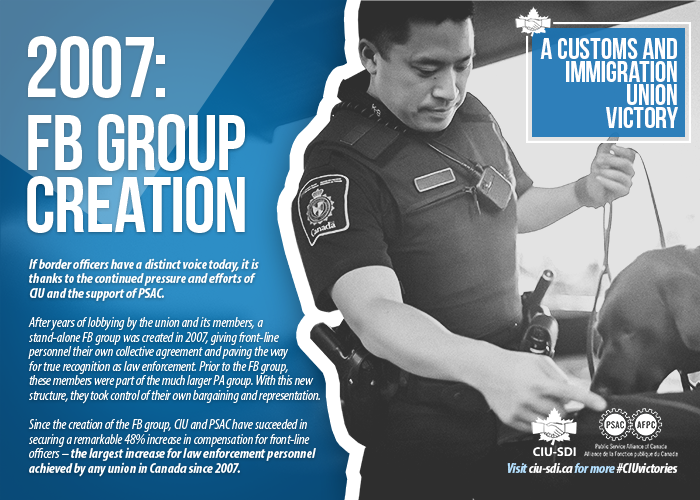 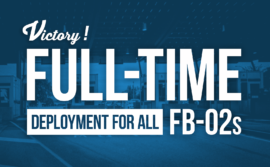