As more than 140,000 PSAC members are still without new contracts or fair compensation for the Phoenix pay system disaster, PSAC has launched an ad campaign targeting the Prime Minister and new Treasury Board president, Jean-Yves Duclos.

The government’s continued negligence is forcing PSAC members to ramp up their workplace action, leading to a potential strike. In its mandate letter to the government, PSAC is urging the Liberals to ensure the stability of the federal government for all Canadians by moving quickly to resolve these issues.

The ad campaign will feature online, radio and print ads across the country. Ads will begin rolling out today. Members can send the mandate letter to Trudeau and the Minister at hereforcanada.ca.

“Our members continue to show up to work every day to serve Canadians – despite all the problems they’ve endured because of Phoenix. They deserve better, and they are ready to fight for what they’re owed,” added Aylward.

“In the recent election, Trudeau promised to “build a stronger public service” – well, this is his opportunity to do that.”

The first of several Public Interest Committee hearings set up to mediate a deal between PSAC bargaining units and Treasury Board begins December 4. 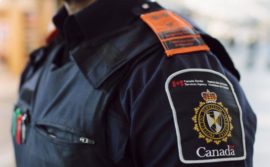 The FB bargaining team is back at the bargaining table this week! As a show of support for our team, we are asking all our members to proudly wear or display their union swag (epaulets, laces, wristband, mug, etc.) and to keep them displayed until the union reaches a tentative agreement. We also invite our […]