A majority of PSAC members in the Program and Administrative (PA), Technical Services (TC), Education and Library Science (EB), and PSAC-UTE (CRA) bargaining units have voted in favour of their respective tentative agreements. The four units represent nearly 110,000 federal public service workers who have gone above and beyond to support Canadians during this pandemic.

In the coming weeks, PSAC will meet with Treasury Board and CRA representatives to sign the new collective agreements. With the exception of monetary provisions, which are retroactive, new contract terms come into effect on the date of signing.

Both employers have 180 days from the signing of the contracts to implement wage increases, wage adjustments and allowances. As explained in the ratification kits, in view of this extended implementation timeline, PSAC negotiated a $500 lump sum payment into all contracts.

PSAC will update members when contracts are signed. Please keep your contact information up to date via the PSAC member portal.

Members in the Operational Services (SV) group have until October 5 to vote on their new contract while those in the Parks and CFIA units will vote between October 5 and November 4. 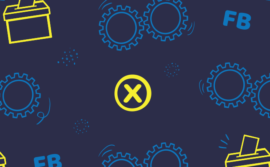 PSAC-CIU will be holding virtual town hall meetings over the next two weeks to give FB members the latest updates on bargaining and outline our next steps as we ramp up to mobilize for a fair contract. During the town hall, you’ll hear from CIU National President Jean-Pierre Fortin and PSAC negotiator Morgan Gay who will provide important information and insight into the bargaining process and our key demands at the table. You’ll be […]