Home  /  About Us  /  National Representatives 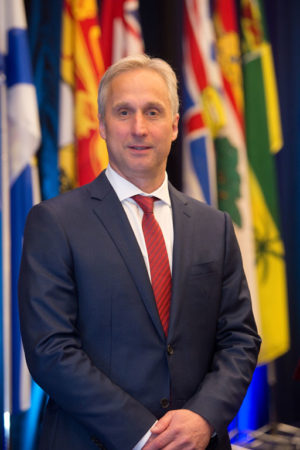 Jean-Pierre Fortin began his career in 1982 as a Customs Inspector with Revenue Canada, first in St-Armand, then in Noyan, and later on in Clarenceville, Quebec. This particular area of the province is still considered “home”.

In 1987, as a member of the Eastern Townships District Branch, Brother Fortin began his involvement as a union representative. Initially elected Treasurer, then 2nd Vice-President, Jean-Pierre became Branch President in 1996. He remained in that position until he was elected to the National Executive as CIU’s 4th National Vice-President in March 2003.

At the 2005 and 2008 CIU National Conventions, Brother Fortin was elected 1st National Vice-President. In this role, he was responsible for National Office operations and, in 2009, negotiated the collective agreement for National Office employees. He also continued to hone his skills, chairing two National Board of Directors standing committees:  Border Security and Finance.

CIU first elected Jean-Pierre Fortin as its National President at the 2011 National Convention, and would go on re-electing him in 2014 and 2017, all three times by acclamation.

Never one to back away from a fight, Jean-Pierre Fortin is determined to hold CBSA to account, both in terms of labour relations and of national security at all points of entry. He considers CIU members to be Canada’s first line of defence, and is proud to advocate on their behalf. With a wealth of experience accumulated at all levels of the organization, Jean-Pierre will continue to fight for CIU, its members and their rights. 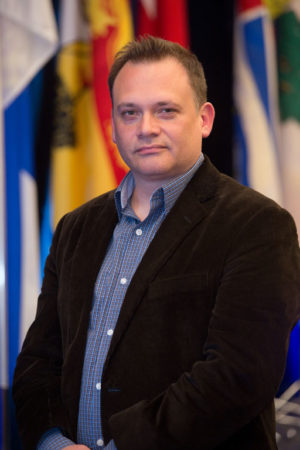 Mark Weber began his career in 2003 as a Customs Inspector at Pearson International Airport in Toronto and, in 2011, became the President of Local 024 (Toronto). Mark made great strides engaging young workers, laying the groundwork for the future of this union. In 2014, Brother Weber took on the role of 1st National VP. He’s worked tirelessly as Co-Chair of the Policy Health and Safety Committee, making adherence to the Canada Labour Code, Canada Occupational Health and Safety Regulations and National Joint Council Occupational Health and Safety Directives a priority.

Brother Weber will continue to build on the gains achieved over the past 3 years. Mark welcomes the opportunity to see our Sisters and Brothers enjoy all that they deserve as Canada’s first line of defence. 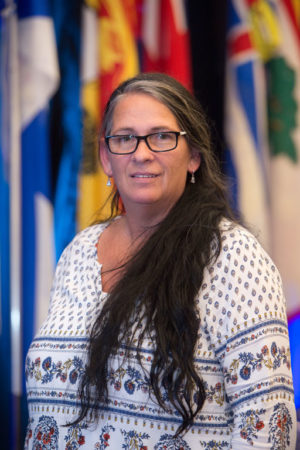 With over eleven years of experience as a union activist, Chantal Rajotte climbed the Customs and Immigration Union ladder within the Headquarters Branch Executive. She consecutively held the positions of 3rd, 2nd and 1st VP until elected Branch President on May 16, 2013, a position she held until October 5, 2014, when she was elected 4th National VP. On October 1st, 2017, she was elected 2nd National Vice-President.

Sister Rajotte has an extensive background in social activism. Her cooperative approach in her dealings with management results in an effective and successful representation of members. She is a member of the Program and Administration (PA) unit and, as such, is fully aware of the issues that are unique to this group and are of concern to her fellow unit members.

Sister Rajotte national portfolios are Human Resources, Informal Conflict Management System (ICMS) and Employee Assistance Program (EAP). Her dedication and experience in these fields have proven to be a great asset in serving CIU members.

Chantal remains focused both on the needs of CIU members and their concerns. Her objective is to continue to serve them faithfully and to fight for their rights. 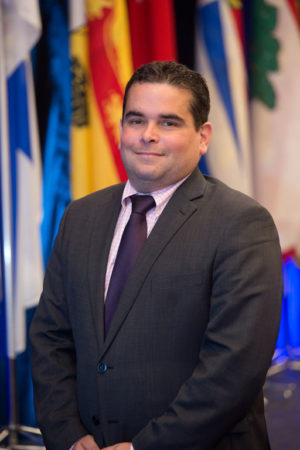 Joey Dunphy began his career in 2008 as a Border Services Officer at the port of entry of Gillespie Portage. Since 2011, he has been at the port of Edmundson.

As part of the New Brunswick Branch, Brother Dunphy first got involved as a shop Steward, before becoming part of the Branch Executive, on which he spent 6 years as VP of Communication and 1st VP. As 1st VP, Brother Dunphy looked after 8 offices spread across New Brunswick and Prince Edward Island. At the 2017 CIU National Convention, Joey was elected as CIU’s 3rd National Vice-President.

Brother Dunphy has been very active with the PSAC at the Regional and National level. Aboriginal issues are very important to him – he has been part of the National Aboriginal People Circle for 6 years. He is currently part of the PSAC Atlantic Council as Aboriginal Director.

Brother Dunphy is very passionate about the labour movement. As 3rd National VP, he will continue to fight to ensure that members are treated with respect and get a fair deal at the bargaining table – including parity with other law enforcement agencies. 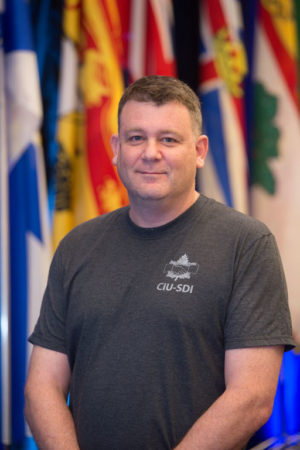 Prior to being elected as CIU’s 4th National VP in October 2017, Richard Savage was active in CIU Local 20045 – B.C. Southern. Beginning his union career in 2010 as a Steward at the Pacific Highway port of entry in Surrey, B.C., Richard was elected as the branch’s 1st VP in 2014, serving his local by carrying the 3rd level grievance portfolio. Richard has had many successes in his dealings with management regarding both grievances as well as health and safety issues, specifically mental health initiatives.

Richard came into CBSA after serving his country in the armed forces. During his service as a paratrooper in the 3rd battalion of the Princess Patricia’s Canadian Light Infantry, Richard did active duty in both the former Yugoslavia as well as Afghanistan.

With the current state of affairs between the union and the employer, Brother Savage is committed to continue advocating to defend the rights of his fellow members, serving them with the same dogged determination with which he carried his duties overseas. 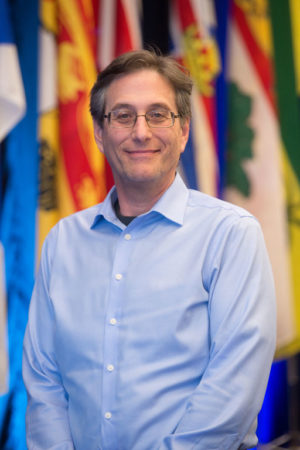 Murray Star joined Customs in February 1990, at a time when Customs was part of Revenue Canada. He was hired as a Customs Inspector at Pearson International Airport. In 1995, he became involved with the Toronto Branch Local 24, first as a Steward and later as an executive Steward. It was at this time that his passion for Human Rights was ignited.

Murray’s knowledge was shaped during a four-year battle for religious accommodation, a fight he won through Human Rights. As a result of this victory, all CBSA employees now have the right to meet their religious obligations without fear.

Brother Star assisted Sister Fiona Johnstone in the course of her long fight for family accommodation that would take her through a Human Rights Tribunal and Appeals Court. Justice finally prevailed and he is proud to have been a witness in this groundbreaking case.

In 2011, Murray was elected 2nd Vice-President of the CIU Toronto Branch, where he was responsible for accommodations and human rights.

Murray Star has a passion for protecting and expanding members’ rights. He is committed to defending the interests of CIU and all of its members. 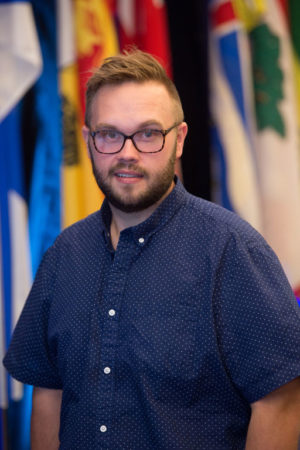 Andrew Wiersema began his career with CBSA as a Student BSO in Fort Frances, Ontario, in 2005. For the past 10 years, he has been an indeterminate BSO at a medium-sized land border crossing.

In 2010, following the retirement of his workplace’s only Steward, Brother Wiersema realized the importance of representation and decided to step up and fill the role. He was later appointed as an Executive Steward for the Northern Ontario Branch, and subsequently joined the Branch Executive as 3rd VP.

Andrew believes that education is key for Young Workers to familiarize themselves with their Union’s role and their rights in the workplace. He encourages all new members to attend a “Talking Union Basics” course within their first year of employment.

Brother Wiersema chairs the newly created Standing Young Workers Committee, and co-chairs the Standing FB02 Committee with Brother Dunphy. He is committed to bringing our Young Workers issues and ideas to the table.

Andrew looks forward to meeting many CIU Young Workers face-to-face during his mandate, and hopes that new members will get involved to change their workplace for the better.