On Wednesday, June 15, 2022, the National President of the Customs and Immigration Union, Mark Weber, testified in front of the House of Commons Standing Committee on International Trade as part of their study the potential impacts of the ArriveCAN application on certain Canadian sectors, highlighting the negative consequences of the application on cross-border travel and on the duties of border officers.

In his opening statement to the Committee, National President Weber was unequivocal: As far as Border Officers are concerned, the last few months have shown that ArriveCAN neither facilitates travel nor does it improve operational efficiency. In fact, it does just the opposite.

“Every Border Officer working on the frontline will tell you that the implementation of the ArriveCan application has seen processing times skyrocket” testified Mark Weber, pushing back against misleading CBSA figures. “Where a port of entry processed 60 cars per hour before, it now processes 30, if not less. At land borders, as far as traveler operations go, this means cars waiting for hours, and sometimes being redirected to another port further away. At airports, this means travelers piling up in and outside the customs area. In all locations, it translates into a frustrating experience for all involved.”

Answering questions from Committee members, National President Weber also explained that while ArriveCAN was introduced to collect public health data, the application itself made the process needlessly complicated, and that simpler solutions ought to be considered. More importantly, the implementation of ArriveCAN has forced Border Officers to act more as IT consultants than law enforcement officers, further compounding the perennial issue of chronic understaffing at all levels of border operations.

Weber also took aim at CBSA’s poor use of technology, pointing out that the application “follows the same pattern of over-reliance on automated technology we have seen before with Primary Inspection Kiosks” resulting in a less efficient and less secure border.

Ultimately, if the government and its agencies wish to facilitate cross-border travel along with the flow of commercial goods in a safe and secure way, then ArriveCAN is a step in the wrong direction. “Technology certainly has its place” said Weber, “but it should be used to help travelers and assist officers, and not hinder them. By that metric, ArriveCan simply does not work”. 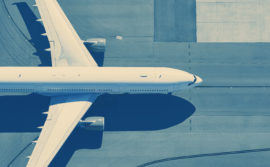