On Friday September 19th, in the context of the solidarity campaign sponsored by PSAC-Quebec during which a demonstration takes place on  on the 19th day of each month, members of the Customs and Immigration Union joined their Sisters and Brothers of PSAC-Quebec in St. Armand, Quebec to denounce the conservative government’s policies and budget cuts at the border. Members of the Union of National Defence Employees (UNDE) were also present in support to their Sisters and Brothers.

“Without the necessary staff to ensure an effective front line and intelligence capability, it will be difficult to prevent firearms, drugs, terrorists, sexual predators and hardened criminals from entering our country” said Jean-Pierre Fortin, National President, CIU.

For more pictures of the event, check out our Facebook page. 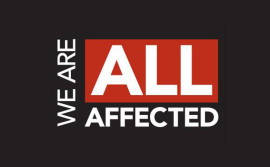 The Federal Court of Canada recently confirmed the PSAC’s alternation victory by dismissing Treasury Board’s application. In February 2014, the Federal Court heard an application for judicial review brought forward by Treasury Board challenging the alternation policy grievance decision issued by the Public Service Labour Relations Board (PSLRB), which was in favour of PSAC. The court rejected […]