The FB bargaining team continued to negotiate improvements on the issues that matter most to PSAC-CIU members at the bargaining table November 15-17.

Our team stressed the importance of pension reform for FB members across the country, which PSAC-CIU has been using every avenue to push forward for more years.

When the union raised our proposal for pension reform at the table, the employer responded that it felt it would be inappropriate for the employer to take a position in bargaining at this time as the union’s proposal has been through the pension advisory committee process and it’s now before the president of Treasury Board to decide.

PSAC has been pushing for fair retirement benefits for FB members that would introduce an early retirement option — also referred to as 25 and out — consistent with what other federal public safety employees already receive. We are finally starting to see progress from the federal government.

You can help support these efforts by pressuring Treasury Board President Mona Fortier to do the right thing. Contact your local Member of Parliament and Minister Fortier to tell them FB members deserve fair treatment on their pensions.

Meanwhile, the team also discussed the proposals to protect workers from management harassment and the abuse of authority at CBSA, and new protections against indiscriminate removal of tools and investigative suspension without pay.

We made it clear that telework must be enshrined in the collective agreement to reflect the new reality of thousands of our members. It’s especially important for our members to have recourse under the agreement when management fails to grant telework in a transparent, consistent, and equitable fashion.

We also pushed for new seniority rights that are in line with standard protections enjoyed by most other law enforcement personnel, and discussed issues related to captive time — including when Intelligence and Enforcement Operations Division staff are unable to immediately return from overseas, as well as members being required to stay on the work site.

The employer, on the other hand, came to the table with a proposal that would significantly impact job security by allowing them to rescind reasonable job offers in surplus situations. The team is against this unacceptable proposal and will continue to push for enhanced protection.

The team will return to the table again in December. You can read more about our bargaining proposals below:

Please be sure to keep your contact information up to date to receive all the latest updates about bargaining. If you have any questions, please contact your branch president or your PSAC regional office.

SV bargaining: No movement from government on key issues in mediation 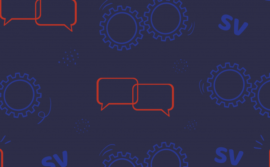 After a week of mediation, Treasury Board made no effort to find common ground in bargaining with our more than 10,000 SV group members, refusing to budge on any key issues, especially when it came to fair wages and market adjustments. The employer’s revised wage offer was initially proposed during Common Issues mediation in September, […]