A new round of negotiations for more than 8,500 PSAC-CIU members officially kicked off at the FB National Bargaining Conference — held in Ottawa March 31 to April 2 — where delegates from every CIU branch across Canada discussed the issues that will drive the next round of bargaining.

After issuing an input call for bargaining demands in December, PSAC received over 1,300 proposals from uniformed and non-uniformed members employed by the Canada Border Services Agency. Delegates reviewed and prioritized these submissions and discussed what to expect from the bargaining process.

Delegates also heard from members who were active in the last round of bargaining, as well as mobilization and organizing experts, to aid them in developing strategies to build on the success of last summer’s unprecedented mobilization actions, which ultimately helped secure a deal.

The conference broke new ground with women representing nearly half of all delegates at the conference and holding its first-ever women’s caucus. There were also many young workers in attendance. Overall, the conference brought together a diverse membership with experience in a multitude of roles, including border services officers, inland enforcement, hearings and intelligence.

It was also the first time the conference was held in a hybrid format that allowed delegates to participate in person in Ottawa and virtually from home.

PSAC served Treasury Board with notice to bargain in February 2022. Following the conference, our newly elected bargaining team will meet at the end of April to finalize our bargaining proposals. We expect dates to be set for the first meeting with the employer in the coming months.

Please be sure to keep your contact information up to date via the member portal to receive all the latest updates as we negotiate your next contract.

If you have any questions, please contact your CIU branch president or PSAC regional office. 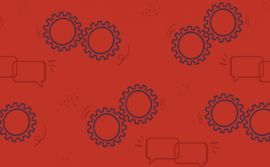