A woman’s place is in her union

In honour of this, the CIU National Women’s Committee would like to celebrate all CIU members who identify as women and who have contributed to the union since its inception — members such as CIU Life Members Sue Neumann, Sheila Dunnachie and Diane Lacombe. Battling gender bias in a male dominated workplace and union, these women forged the way, signalling that there was a place for women in our union. As new women activists, seeing women in positions of leadership at CIU was key in inspiring us to become more involved in our union.

Break the bias in the workplace

We would also like to highlight the theme of this year’s International Women’s Day, #breakthebias.

Studies have found that women face a greater number of microaggressions in the workplace than men, and this is amplified for women of colour, indigenous women, women with disabilities and women who identify as 2SLGBTQIA+. Women have their competence challenged, are interrupted or spoken over, and have their judgement questioned more often than men. Women also receive more negative feedback on how they present themselves or act, like being told they are argumentative or confrontational. Intersectional women also face the ‘only’ challenge — being the only woman in a meeting and being expected to speak for all people with whom they share an identity.

Today, our committee asks our Brothers, Sisters and friends to look closely at our biases towards women so that we can begin to confront them. One way bias is displayed is in the adjectives often used to describe women at work. Try challenging these adjectives to replace them with more positive ones.

When we use negative adjectives to describe women, it undermines their talents and contributions. Women and men alike use this type of language. Confronting our biases together is one way we can help build a more positive space for women in the union, where their contributions are appreciated for their content. In this way, we can make sure that there is truly a place for women in their union.

Emancipation Day: The ongoing fight for justice and reconciliation 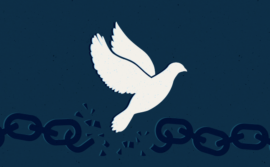 For more than 200 years, enslavement of Black and Indigenous people was considered the norm and even an economic necessity in the British Empire, including in Canada. In 1796, Dimbo Suckles, an enslaved Black man in Prince Edward Island, was freed, but only if he continued to work with no compensation for seven more years. […]