The Public Service Alliance of Canada (PSAC) is launching a national television ad campaign to highlight the dedication of public service workers throughout the Phoenix pay system disaster, which has now been going on for two and a half years. Despite missed paycheques, fending off debt collectors, and managing endless uncertainty, PSAC members have continued to be here for Canada.

“Most people would quit their job if their employer stopped paying them properly, but federal public service workers keep showing up to work day after day,” said Chris Aylward, PSAC National President.

“They continue to protect our borders, ensure our food is safe, and provide other vital functions like getting out pension cheques, child benefits, and EI. We want to make sure Canadians understand their unwavering commitment to keep providing the services they depend on,” said Chris Aylward, PSAC National President.

PSAC is also launching a second video online as part of the Here for Canada campaign. It features testimonials of the damage caused by Phoenix.

“So many families have suffered major hardships because of Phoenix. It’s important to share their stories and ensure that everyone knows about the toll it has taken on people’s lives,” said Magali Picard, PSAC National Executive Vice-President. “Phoenix is still causing problems for thousands of our members and the government needs to do more to end this nightmare.”

Phoenix: Damages ruled taxable as Treasury Board refuses to cooperate 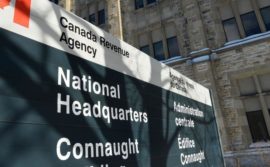 After months of waiting, the Canada Revenue Agency (CRA) has rejected our request to review the taxability of Phoenix damages. This is directly due to Treasury Board’s refusal to provide CRA with a joint statement of facts which corrects CRA’s understanding of the purpose of our damages settlement agreement. In an April 27 letter from […]