Salman Afzaal, Madiha Salman, Yumna Salman, Fayez Salman and Afzaal’s mother should have been able to walk safely together in their own neighbourhood. Family walks have been one of the few ways in which families can safely spend time together outside their homes during the pandemic.

Fayez, the nine-year old sole survivor of the domestic terror attack in London, Ontario, should not be mourning the loss of his parents, grandmother and sister. This horrific and shocking killing of a family is an immeasurable loss for not only the Muslim and London communities, but for all people in Canada. It is a stark reminder of how much we still need to fight Islamophobia in Canada.

Muslims, and especially Muslim women, routinely experience Islamophobia because of their faith. Since 9/11, Muslims have been portrayed by some politicians, media outlets, and right-wing groups as terrorists, violent and threatening “Canadian” values, which has led to an increase in Islamophobia. Islamophobic incidents include murder, online harassment, threats, violence, vandalism, and workplace discrimination.

PSAC condemns Islamophobia in all its forms and calls for municipal, provincial, territorial and federal governments to take urgent action against systemic Islamophobia. PSAC also supports the National Council of Canadian Muslims’ call for a National Summit on Islamophobia.

There is no place for hate, violence and Islamophobia in our union, workplaces and our communities. We must show our solidarity with Muslim communities and play an active role in the fight against Islamophobia and racism. We must name it, speak out, and take action when we witness it. 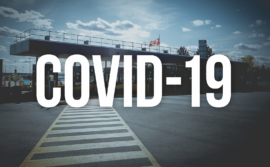 As per the federal government’s new mandatory vaccination policy​ for federal public service workers, all CBSA employees must attest to being fully vaccinated by October 29, 2021, or face being placed on administrative leave without pay two week after the attestation deadline. The policy does allow for employees who are unable to be vaccinated — based on a certified medical contraindication, a religious exemption, or another […]