After nearly a year of negotiations with Treasury Board, we made the difficult decision to declare impasse for more than 120,000 of our members in the PA, SV, TC and EB groups.

This week, we filed for conciliation with the federal labour board, and we’ll be ramping up our pressure on the government across the country this summer to reach a fair settlement quickly.

Every round of bargaining matters, but this one is especially critical. So much has changed for our members over the past two years, and our collective agreements need to reflect that. We’ve seen how the pandemic has impacted the way we live and work, and now the cost of living is getting out of hand.

We’re asking for sensible improvements to our members’ working conditions so that workers aren’t left behind. We need more options for remote work and better work-life balance as we recover from the pandemic, inclusive workplaces, better job security and fair wages that keep up with rising inflation.

But all we’ve seen at the table is disrespect from Treasury Board and a complete disregard for the issues that matter most to PSAC members. They have flat-out rejected our proposals on mental health and anti-racism and discrimination training for all federal public service workers.

They’re also hell-bent on pushing through concessions around technological change, discipline, leave provisions, and the Work Force Adjustment policy that will hurt workers.

But the real tipping point was the government’s insulting wage offer averaging 1.75% per year over a four-year agreement from 2021-2025 that’s entirely out of touch with record-high inflation.

If the government expects PSAC members who have been getting Canadians through the pandemic to shoulder the costs of Canada’s recovery, they’re in for a rude awakening.

You deserve a fair and decent contract, and we’ll be counting on your support over the weeks and months ahead to fight for the issues that impact you.

Taking strike action is always a last resort, but if we need to go on strike to get the contract you deserve, that’s exactly what we’ll do. We need to be prepared, get mobilized, stay engaged, and be ready to take action. 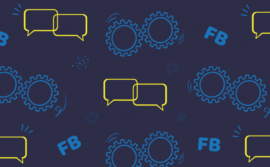