PSAC has filed policy grievances against Treasury Board, Parks Canada and the Canadian Food Inspection Agency for their heavy-handed mismanagement of the Phoenix overpayment process.

In fall 2021, the Public Service Pay Centre launched the recovery process for Phoenix overpayments for thousands of federal public service workers the government believes were overpaid by the Phoenix pay system in 2016. Because of the six-year limitation period to begin recovering these overpayments, they rushed the process, producing major errors and giving many PSAC members misleading information.

We recognize that some members owe these overpayment debts. However, many others received overpayments based on inaccurate, outdated and unverifiable information. Some were not even aware that they had been overpaid until they received these letters years later.

While the grievances are processed, PSAC will continue to help members affected by this complex process. If you received a Phoenix overpayment letter, please refer to our specific recommendations on how to proceed.

If you have any concerns or require assistance, please contact PSAC’s Phoenix team for help by selecting ”Phoenix Overpayment” from the ”What is your inquiry about” dropdown menu. 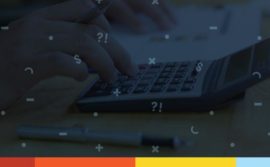 PSAC is encouraging members to fight for Phoenix general damages compensation to be tax-free by filing individual tax appeals to the Canada Revenue Agency this tax season. By filing an appeal, you will force CRA to review the taxability of your personal damages payment. If we generate tens of thousands of tax appeals from members […]