On August 1, Canadians will have the opportunity to recognize Emancipation Day nationally for the first time since Members of Parliament voted unanimously to designate the day earlier this year.

Emancipation Day is an opportunity to commemorate the abolition of slavery in most of the British Empire, including Canada, in 1834. It reminds us of the inter-generational trauma and harm caused by slavery and commemorates the resilience of Black and Indigenous people, while acknowledging the need for action, justice and reconciliation.

Over the past year, we’ve seen the injustices faced by Black and Indigenous people around the world, and we’ve heard their calls for action. But change doesn’t happen overnight, or even in a year, and the work has only just begun.

Our country has a painful history of slavery that remains obscure to many Canadians. The official recognition of Emancipation Day by the federal government is a welcome step forward on the path to reconciliation by bringing long overdue awareness to Canada’s troubling and racist past.

Slavery was gradually introduced in Canada beginning in the 16th century. Indigenous peoples were the first to be enslaved, accounting for two thirds of Canada’s slave population before 1750. After 1760, Black people were brought to Canada through the transatlantic slave trade in greater numbers, and they eventually became the predominant enslaved group.

Emancipation Day offers an opportunity to reflect on these atrocities and work toward a more inclusive and mindful future. By taking both personal and collective action, we can achieve a more equitable and just Canada.

Here are some small ways you can make a difference: 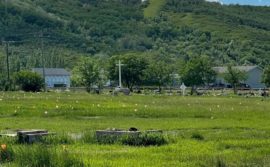 PSAC joins residential school survivors, Indigenous communities and all Canadians in grieving the disturbing discovery of as many as 751 unmarked graves near the former Marieval Indian Residential School in Saskatchewan.