The Parliamentary Budget Officer released a new report today, concluding that it costs almost nothing extra to pay sick leave to federal civil servants. This is because most departments don’t have policies in place to backfill for sick leave.

According to the report, “the incremental cost of paid sick leave was not fiscally material and did not represent material costs for departments in the Core Public Administration.”

That means most employees who call in sick are not replaced, resulting in no incremental cost to departments.

The report found that sick leave can range from a low of 0.16 per cent of total departmental spending to 2.74 per cent on the other end of the scale, where workers are routinely replaced when they are on sick leave. This cost also reflects the fact that departments with workers in high-risk and high-stress workplaces such as correctional services and those performing shift work use more sick leave because of the nature of their work.

“This report confirms PSAC’s position that federal public sector sick leave is both crucial and sustainable,” says Robyn Benson, National President of PSAC. “The current system ensures that employees do not have to work when they are ill.”

Other articles posted in: Sick Leave 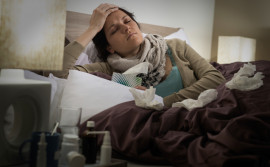 PSAC’s request to the courts to stop the government from implementing its new sick leave plan will go before the court in October. After consulting with the parties, the Ontario Superior Court has set out a timetable for both sides to present their arguments. The parties will exchange documents in September and October, with a […]