We count on border officers to keep us safe and secure but chronic understaffing and ineffective technology are making it impossible for workers at the border to do their jobs safely and effectively. Despite efforts to push the government to address staffing issues, this holiday season, travellers will encounter frustrating waits at airports and land crossings.

This week, the Public Services Alliance of Canada and its component union, the Customs and Immigration Union, are launching a national campaign to inform Canadians of the reasons for the travel delays, and to encourage decision makers – Members of Parliament and officials at Canada Border Services Agency – to fix the problem by hiring more border officers.

“The federal Liberal government promised to protect our public services and support those who provide them. “said PSAC National President Chris Aylward “We’re ready to see the change they promised. It’s time to fix the problem.” 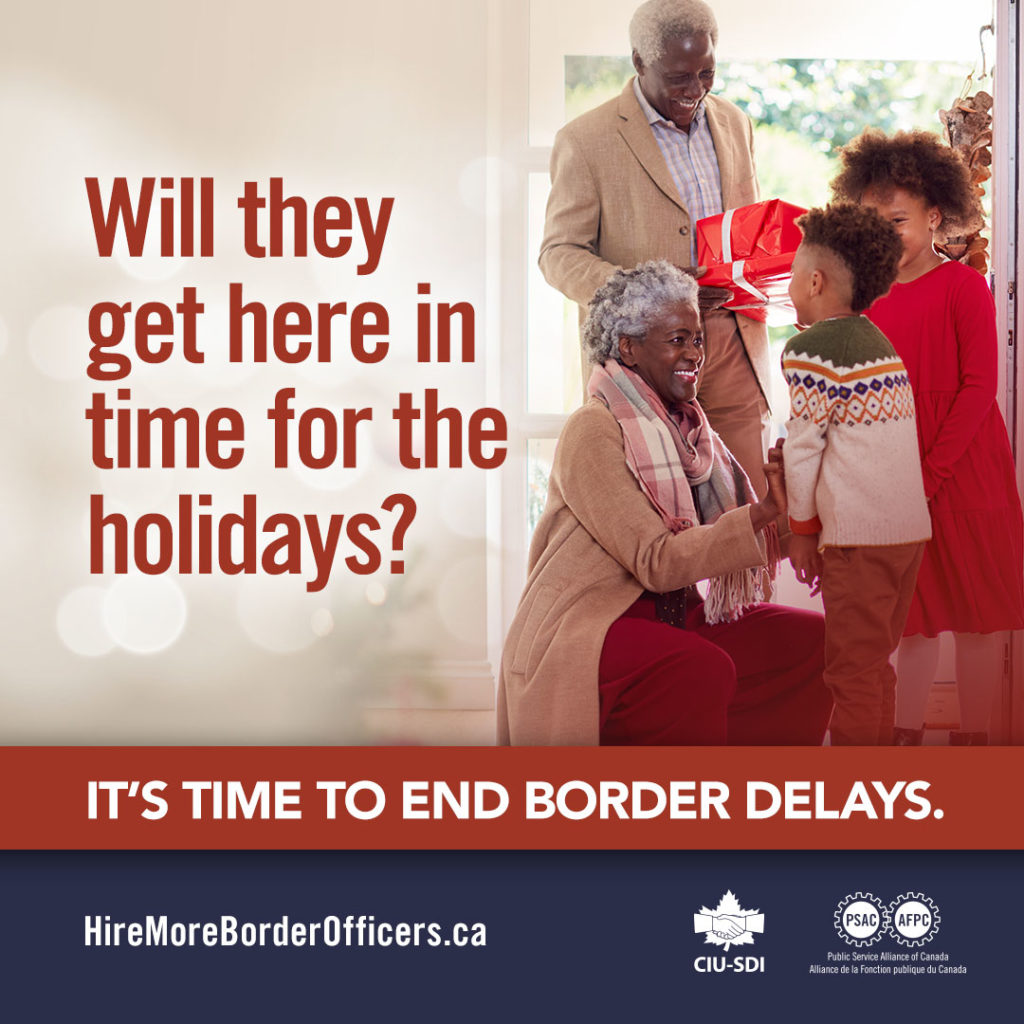 Other articles posted in: Understaffing and border delays