CIU National President Jean-Pierre Fortin sent the following letter to the Hon. Bill Blair, Minister of Public Safety and Emergency Preparedness, on May 12, 2020.

Recently, the Government of Canada announced that it was instituting a ban on several firearm models in an effort to curb gun violence across the country. As the issue of firearms-related
violence is intrinsically linked to concerns of illegal weapons being smuggled into the country, I wanted to reach out and discuss further possible avenues to address this problem.

It is clear from our previous conversations that you are committed to ensuring the safety and well-being of Canadians everywhere, and I believe that tackling gun violence in Canada requires us to consider all sensible solutions to reduce the potential for further tragedies.

In that spirit, I would like to stress the importance of improving enforcement measures at the border in order to prevent unauthorized or illegal firearms from being smuggled into the country. Adopting a two-pronged approach — by regulating both the flow of firearms within Canada and intercepting illegal shipments at the border — can only result in more effective prevention.

Based on your government’s funding commitments, there is no doubt that border security is of considerable importance. Over the years, I have often stated that investment in new resources and technology only go so far and cannot replace the expertise of seasoned officers. As law enforcement officers, analysts, and investigators, many of our members possess unique insight into border security matters, including the smuggling of illegal goods such as firearms. I firmly believe that the Government of Canada would strongly benefit by further involving these men and women who are trained to act as our country’s first line of defence.

Statistics vary, but it is no secret that firearms flowing in from the United States still make up a large proportion of weapons used in violent incidents. Indeed, based on recent developments in
the investigation into last month’s tragic Nova Scotia shootings, it would appear that a majority of the firearms used came from the U.S. With the world’s longest land border between Canada and the U.S., tackling the flow of illegal firearms is no easy matter, and it only makes sense for the Canadian government to continue to improve its investment in border services.

Gun violence is a complex matter that affects a wide range of communities throughout the country, and the strategies used to put an end to it must also be diverse. I have always been a vocal proponent for the creation of a dedicated border patrol to better empower border officers to perform their duties and help protect their fellow Canadians. That is only one possible such strategy. Perhaps more narrowly targeted endeavours, such as a dedicated smuggling task force, should also be considered. No matter what avenue your government chooses to pursue, I urge you to rely on the Border Officers who, every day, work diligently to safeguard the integrity of our border.

As always, I look forward to continuing to work with you to build solutions to make our communities and our country safer. 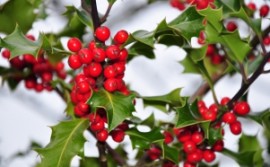