I would like to clarify some of the comments I made in an interview with Mario Dumont on his TVA/LCN news program that were upsetting to many, particularly to members of the Jewish community.

In the interview, which took place on March 26, I spoke with Mario Dumont about the significant influx of travellers at the Canada-U.S. border, especially at Quebec’s Lacolle port of entry. I also talked about the lack of resources from the Public Health Agency of Canada (PHAC) to enforce the quarantine rules.

When asked about the reason for this unusually heavy influx, I said that the increase could be explained — in part — by a large number of people in the Jewish community returning to Canada to celebrate Pesach, or Passover. At the same time, I stressed that the issue was not the religious practice, but rather PHAC’s inability to manage so many entries and ensure compliance with the public health rules put in place in response to COVID-19.

A short time later, the interview was shared in the form of a video excerpt within an article on the same topic and released on several sites of the Quebecor network. When initially released, the excerpt contained an erroneous subtitle suggesting that I attributed the influx solely to the Jewish community entering Canada at the Lacolle border crossing.

I truly regret the impact that this has had on the Jewish community at large as well as on our membership. My statements were meant to be complete generalities and were to highlight the strain on our members when large numbers of people arrive at border crossings unexpectedly.

This inaccurate subtitle in no way represents my comments or our union’s position — we reacted swiftly, demanding a correction on the excerpt as soon as possible, which was done that same day. While I did state that border officers estimated the number of people crossing to be around 8,000, I specified I was talking about the total number of travellers, and not specifically members of the Jewish community.

I also raised concerns about those making the crossing who might not abide by public health regulations. Again, my intention was to address all those crossing the border but I understand that my comments could be interpreted to have singled out the Jewish community. I regret using this language and the negative impact it had.

I raised these concerns because they echo the findings in the recent report released by the Auditor General of Canada: PHAC, tasked with enforcing the quarantine order and health measures, is not equipped to fulfil its mandate and is therefore unable to ensure the health and safety of Canadians in an efficient manner — particularly during times of significant influx, regardless of the numbers.

This reality is certainly not unique to a single port of entry. Across the country, in recent months, border officers have been dealing with travellers refusing to comply with public health requirements, and they are unable to take action. PHAC officials, who have the required powers, simply lack the resources, training or support from their agency to do so. The situation is not only frustrating, but worrisome.

I hope that my comments can be viewed in good faith — I wanted to raise awareness about the ongoing issues CBSA officers and public health officials are dealing with in enforcing quarantine rules for travellers and the need for them to be properly equipped to do this work, and therefore to ensure the well-being of all Canadians during this pandemic.

On March 23, 2018, members of CIU and PSAC rallied at the Saint-Bernard-de-Lacolle (QC) port of entry, in solidarity with the FB bargaining team, and with a clear message for the employer: After 1372 days without a contract, enough is enough. 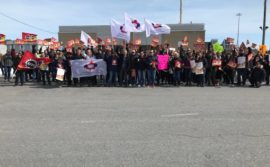 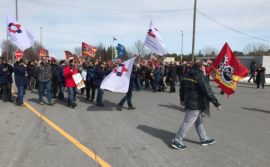 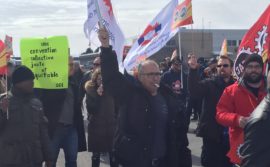 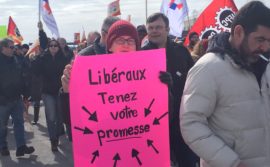 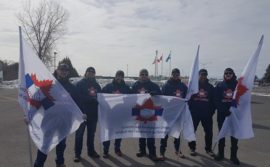 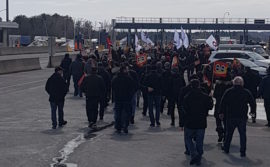 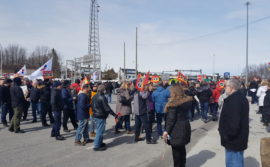 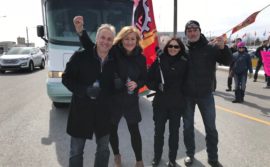