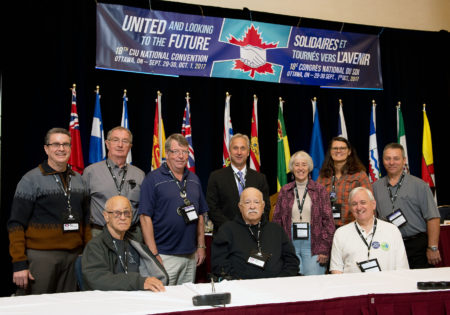 To recognize and honour the following members of the Customs and Immigration Union, whose personal and devoted efforts on behalf of the membership during their years of service have rightfully earned them the highest award attainable within the Union, Life Members:

NB: Life membership is awarded by the CIU National Board of Directors.

To recognize their activism and dedication to the members, and to acknowledge an outstanding contribution to the Customs and Immigration Union: