During last week’s National Board of Directors meeting in Ottawa, CIU reiterated its commitment to push for a ’25 & Out’ agreement at the bargaining table. The union also elaborated on its plans to implement the resolution that was carried at the 2015 PSAC National Triennial Convention wherein members who are required to carry a firearm will be provided with independent legal counsel 24/7 in the event that they are involved with discharging their firearm. Members can expect to receive information related to this CIU/PSAC initiative in June 2016.

CIU is also planning to add new features to its national website, including information on Variable Shift Schedule Arrangements in order to facilitate the implementation of such arrangements for the different branches. 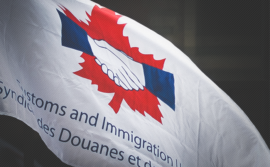