Recently, the Canada Border Services Agency announced its Summer Action Plan (SAP) for 2022, seeking to mitigate anticipated summertime operational pressures on border operations. The Plan makes it clear that the Agency is well aware of the mounting challenges around issues such as an increase in the volume of travellers, higher border wait times, and improper staffing levels, all of which have a direct impact on a wide range of border operations across the country.

Unfortunately, far from offering long-term sustainable solutions to the very real issues affecting CBSA personnel and travellers from coast to coast, the CBSA’s SAP is an exercise in rushed and ill-conceived measures that only risks further damaging the already frayed trust between management and officers.

As per CBSA, the SAP is intended as an ‘all-hands-on-deck’ endeavour with the goal of ‘maximizing primary inspection line capacity’ until mid-September. Unfortunately, this will not be achieved through any real bolstering of actual staffing levels, but rather through measures such as mandatory overtime, mandatory shift changes, lengthier Primary Inspection Line assignments, and even the threat of reducing or outright denying discretionary leave.

For years, CIU has called upon the employer to increase the number of trained frontline officers instead of simply relying on a variety of technological measures to address issues at the border. Of course, we know that these measures — including automated Primary Inspection Kiosks, Remote Traveler Processing and, as we have seen in recent months, ArriveCan — often have the effect of making the border noticeably less efficient by lengthening processing times while also contributing to a decrease in border security.

Simply put, the CBSA’s Summer Action Plan is both a testament to the Agency’s lack of vision and a prime example of its complete disregard for the well-being of its officers. Over the last few years, Border Officers have worked continuously to serve their fellow Canadians and ensure the integrity and safety of our border, despite serious understaffing affecting ports of entry across Canada. This new Action Plan is a slap in the face to our members: By continuing to stretch an already thinned-out workforce, the Agency makes clear its willingness to endlessly sap the mental and physical health of its officers.

We cannot and will not let the Agency proceed unimpeded. At this time, even though the employer has already started implementing the Plan in parts of the country, we understand that not all officers will have been briefed by management.  We are also aware that the measures proposed under the SAP will be concerning to many of our members, and we are currently exploring all avenues to defend their rights and protect their health and safety. Further communication will follow in the coming weeks. 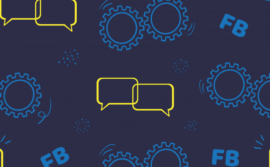 The new year brought new bargaining dates for our FB team as we returned to the table with Treasury Board/Canada Border Services Agency (CBSA) from January 31 to February 2, picking up where we left off in December. With the last day of this bargaining session coinciding with the FB day of mobilization on Feb […]