OTTAWA, May 5, 2019 – The National President of the Customs and Immigration Union (CIU) has denounced as “troubling” the recent announcement by the federal government that CBSA Border Services Officers (BSO) will still not be authorized to carry their sidearm at all times while performing their duties at airports in Canada.

For years, CIU, which represents 10,500 members, most of whom are front-line border services and inland immigration enforcement officers, has been vocal about the issue of federal policy preventing border officers from carrying their sidearm while on duty. Roughly 85% of BSOs working at Canadian airports are not allowed to have their firearm on their person, despite being trained under federal standards to do so. Instead, they are required to keep their firearm locked away.

Transport Canada’s Aviation Security Regulations allow other law enforcement agency officers to be armed while performing their duties at Canadian airports, and it has been a long and constant struggle to have this situation corrected for BSOs.

For more than a decade, the union has championed to have this public safety flaw corrected. CIU National President Jean-Pierre Fortin explained why:

“Having our officers, who are trained and equipped, forced to keep their sidearms locked up is a serious gap in public safety given where they work and what they do on behalf of Canadians. This issue has become increasingly serious in recent years, as airports are mass population venues where deadly attacks have taken place throughout the world, including on North American soil. Law enforcement, including border officers, must be able to deal immediately with unforeseen public safety threats that could result in the loss of life.”

The issue was largely ignored by different governments until recently, when CIU was informed that an operational solution was on the horizon. This new solution, however, is clearly inadequate, says Jean-Pierre Fortin:

“Unfortunately, the policy announced by the federal government has serious and glaring deficiencies which will unquestionably put the safety of Canadians at risk. While the new policy does authorize officers to carry their sidearm in defined circumstances, important limitations mean that the situation has not changed significantly.”

The federal government’s plan is not entirely clear, but the following information was provided in a recent communication from CBSA President Ossowski to CBSA officers:

The lack of clarity along with the unanticipated inclusion of time limits raise serious public safety concerns for CIU National President Fortin:

“While we welcome this step toward formal authorization of CBSA officers being armed at airports, the vagueness of the new policy is both troubling and alarming. The restrictions regarding undefined ‘short term activities’ and the imposition of arbitrary time restrictions are completely illogical. Whoever came up with this concept does not understand, or care about, the officers’ reality of dealing effectively and immediately with often unpredictable public safety threats. When the public is at risk, seconds matter. Having a process that requires approval and retrieval of locked up firearms puts people’s lives in danger.”

For the National President, this policy also represents a misguided use of resources:

“Canadians need fully trained and equipped BSOs on duty. Canadian taxpayers have paid for that training, but due to shortsighted policies such as this one, they are not reaping the security benefits at airports. CIU will not rest until these issues are resolved appropriately so that the Canadian public we serve has the protections it deserves.” 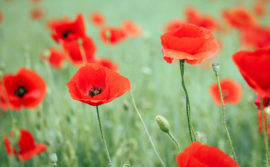 On November 11, we remember and honour the thousands of women and men who have laid down their lives for our country. Remembrance Day presents us with an opportunity not only to recognize the dedication and sacrifices — past and present — of Canadians of all horizons, but also to reflect on how to build a […]