PSAC successfully negotiated an agreement with Treasury Board to push for equitable pensions for FB members at the bargaining table this summer. As part of the settlement between CBSA and the FB group, Treasury Board committed to resubmit the FB group’s proposal for legislative amendments that would provide enhanced early retirement benefits (also referred to as 25 and out) under the public service pension plan, and to provide PSAC an opportunity to present its business case to the Public Service Pension Advisory Committee.

PSAC pushed for these changes for FB members and continues to do the same for our FR members to ensure they are considered part of the operational group under the pension plan. This would introduce an early retirement option consistent with what other firefighters, air traffic controllers, RCMP constables, and operational employees of Correctional Service Canada already receive.

Treasury Board recently provided PSAC with data showing there is a convincing case that FBs and FRs should be provided the same retirement benefits. We continue to push for this in meetings of the union-employer pensions sub-committee and believe no further data is required to move this forward. Since federal pensions are not dealt with at the bargaining table, it would require legislative changes to update the Public Service Superannuation Act and Income Tax Act.

We have been pushing for these changes for years because they are fair and make sense, and now is the time to move forward. Border services officers and firefighters deserve the same treatment and retirement benefits as other law enforcement personnel, and we will continue to fight to ensure they get it. 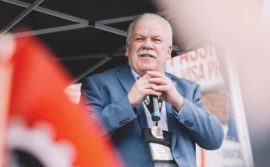 After nearly a year of negotiations with Treasury Board, we made the difficult decision to declare impasse for more than 120,000 of our members in the PA, SV, TC and EB groups. This week, we filed for conciliation with the federal labour board, and we’ll be ramping up our pressure on the government across the country this summer to reach a […]