Our seventh vignette in a series celebrating our union victories.

It should go without saying that no officer should be obligated to work alone when performing law enforcement related duties. Yet, CIU had to lobby aggressively so the unacceptable practice of forcing officers to work alone – often in remote locations or late at night – would stop. This egregiously unsafe policy affected a staggering 139 work locations throughout the country, needlessly endangering officers and border communities.

Thanks to relentless union pressure, the situation started to turn in 2006, with the government allocating funding to solve ‘work-alone’ situations. Finally, 2008 saw the employer adopt its Doubling-up Policy.

While it would still take a few years after the adoption of the policy for work-alone situations to be eliminated, the union had succeeded in its primary objective: Having the employer recognize the need to end an archaic practice and ensure proper backup for its officers – our members – in a law enforcement environment. 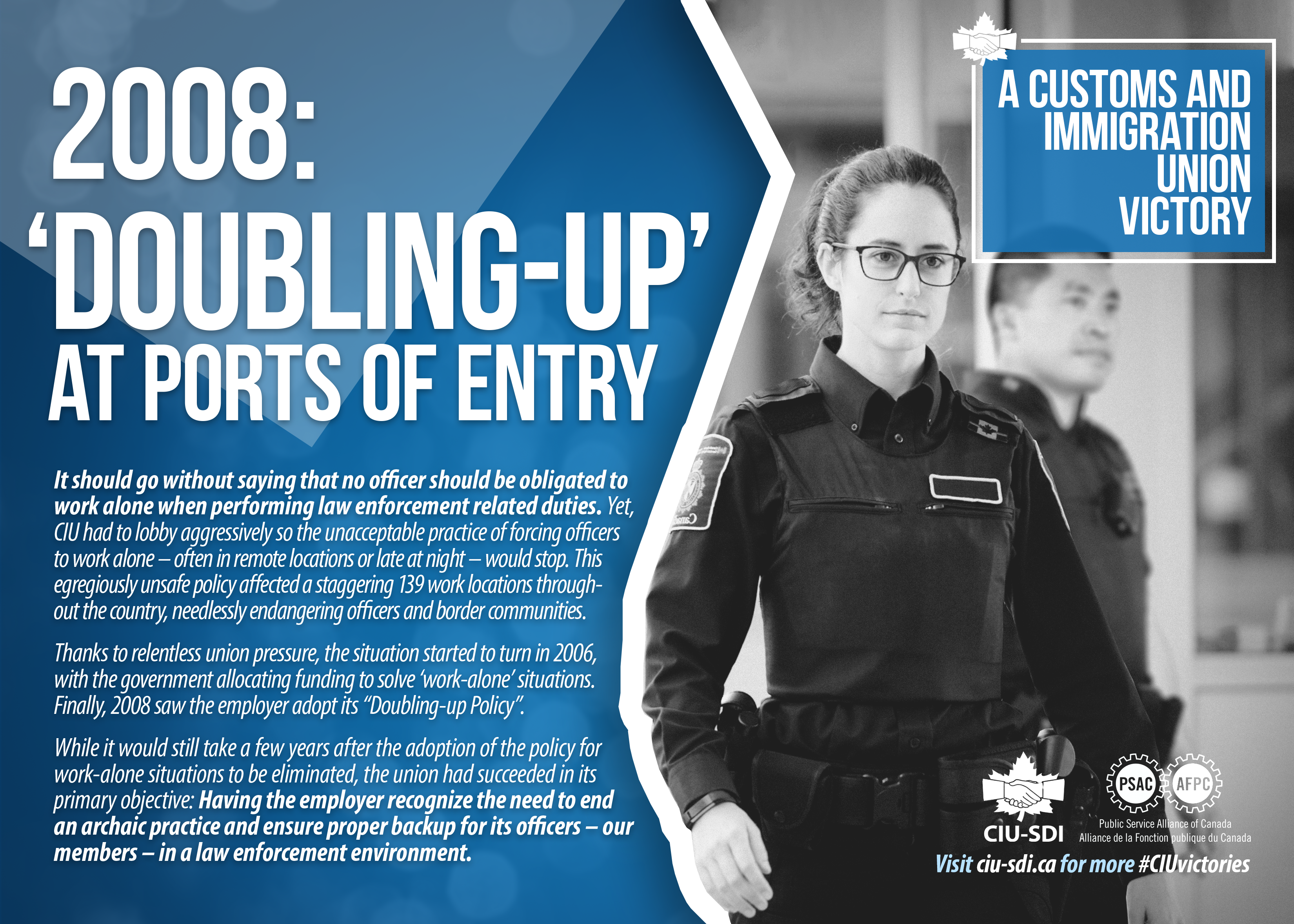 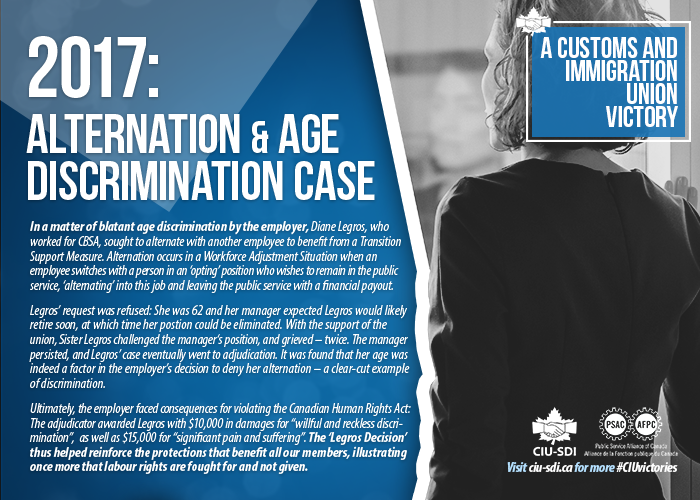 For more than half a century, CIU and its members have been on the front-line of union advocacy. In our Victories section, we celebrate the hard-won and hard-fought labour battles that gave our members – be they law-enforcement or civilian – the many rights and protections they enjoy today, from stronger representation to a safer work environment.

We invite you to discover how our union helped shape and transform Canada’s first line of defence: available below is a series of short vignettes published on our website and on social media (#CIUvictories), each showcasing a victory or an event of importance in the history of our organization.